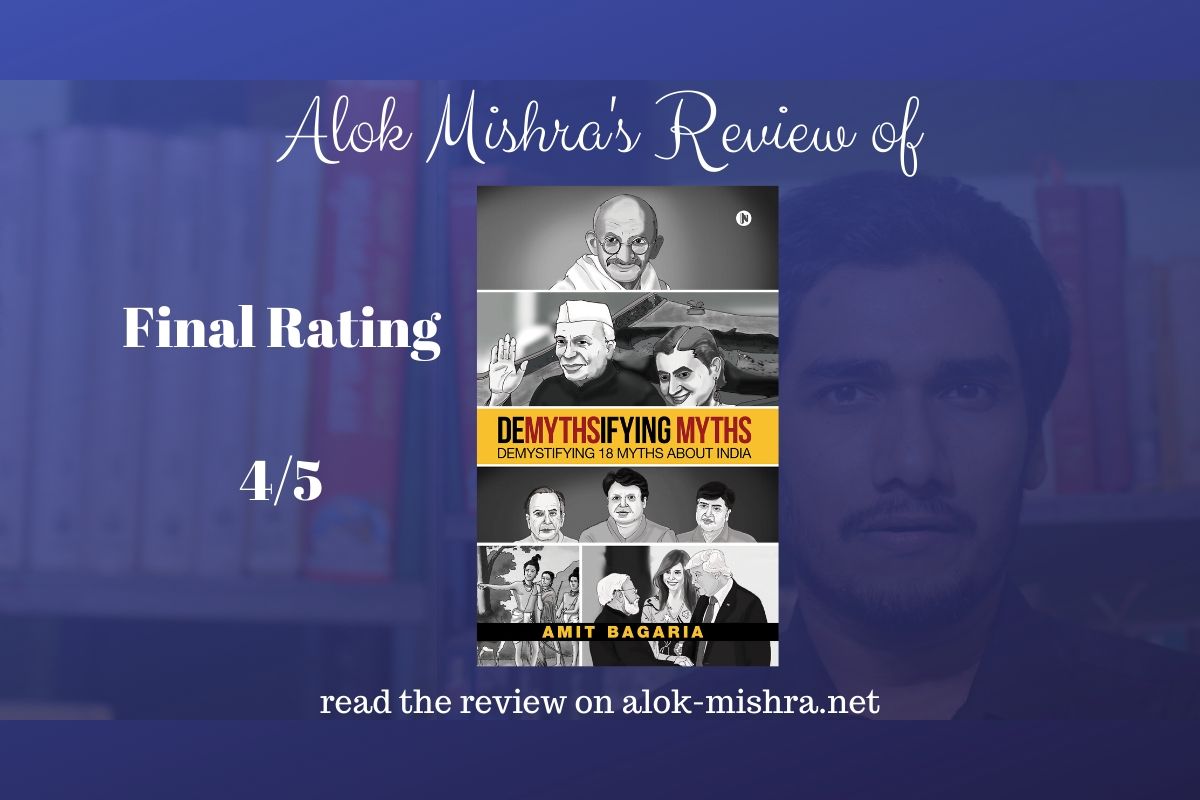 What has been the ‘best’ lie you have been told at your school? What has been the biggest secret kept from you as an Indian citizen? What do you think are the greatest jobs of deception Indian governments have been doing all these years post-independence? Have you heard the murmurs of the political streets? Have you heard about the ‘family secrets’ in your locality? What if I tell you that you can find out 18 biggest myths about India altogether in a book? Yes, famous Indian author Amit Bagaria has written a book – Demythsifying Myths: Demystifying 18 Myths about India. And this book, let me tell you, is certainly a must-read by all means for most of the readers who are always curious to know the truths behind the camouflage of falsehoods.

Content:
The biggest task, that I believe, Amit might have had in his mind must be illuminating the corridors of secrecy that have been dark for long. He has written with clarity, vision and an urge. Though the chapters are not in a certain or a particular or a planned order, so the book can be read by the rulebooks – that is reading the book in order – or randomly picking any chapter as per one’s choice and reading would also be great. The content is flexible and it gives that liberty to the readers. Moreover, the language is lucid, modern and reader-friendly. This will not put any reader from any group in any kind of delayed-decoding trouble. A teenager can read the book and an intellectual can read the book and both the readers will reach the same conclusion. I am sure.

Behind the content:
Amit Bagaria, the author, must have done tremendous and in-depth research of various primary and secondary sources to reach the conclusions that he has arrived in the book. Demythsifying Myths: Demystifying 18 Myths about India – as the title suggests, moves ahead with a point-by-point rebuttal strategy and dismantles the myths that have been created by certain people to benefit certain people and believed to be the gospel truths by certain people. The author has attacked ideas, people and the very history with evidence, citations and conclusive arguments. However, the citations and the evidence might seem notional at times as the author hasn’t been formal with it.

Should you read it?
If you are thinking about whether you should buy the book or not, there is no time to think. Amit Bagaria has been clinical in his motive or many people will call it agenda. He has grabbed the misconception and ill-conception by the collar and choke-slammed it on the floor where it meets the truth, one by one. He has attacked the special statuses that certain people in India enjoy. He has tried to bring to the rope of truth the current political parties and their leaders. He has tried to put a sense of Hindu Rashtra in the minds of the readers. He has tried to bring the sense of history back to order and sanity… in short, you will get to read many things that are covered in the book in just 18 chapters. So, the book is a must-read by many standards.

Buy the book here – click to get from Amazon 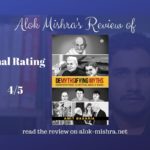 Handling of the Issue