With a rough life of around 30,000 days, a person is so messed up that he [fusion_builder_container hundred_percent=”yes” overflow=”visible”][fusion_builder_row][fusion_builder_column type=”1_1″ background_position=”left top” background_color=”” border_size=”” border_color=”” border_style=”solid” spacing=”yes” background_image=”” background_repeat=”no-repeat” padding=”” margin_top=”0px” margin_bottom=”0px” class=”” id=”” animation_type=”” animation_speed=”0.3″ animation_direction=”left” hide_on_mobile=”no” center_content=”no” min_height=”none”][(or she) and it is to be supposed in general statements hereafter)] cannot remember all the odd days. Nevertheless, there are the days which just stick in a corner of his mind and even after thousands of reboots every morning, they aren’t gone. These days remain with the person forever. I am sure most of us have those dates etched upon our hearts in a way that we cherish those moments of those days almost every day… So, what’s making me say this today? You must be thinking. I am going to share a day which is more like an imagination to a poet’s heart and fortunate enough for me, a reality too! It was amazing! You can say it a literary date when two poetic hearts meet and exchange words – words forming meaningful (and mostly the ramblings) sentences. And this has just ended! Yeah; I am talking about the past day – 29th of August 2017! 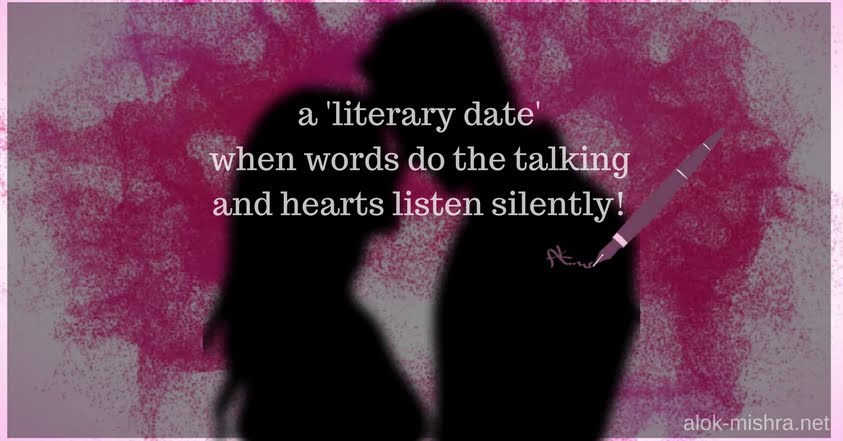 When you have so much to tell and equally much to hide, most of the times, you become a poet. And this theory perfectly sits home if I talk about her, the poetess with sense and shenanigans. A little under the ground and mostly above the clouds, she is a gem when talking and a ruthless machine of sarcasm who never lets you off the hook. Well, jokes aside, with powerful imaginative heart and a mind capable enough to render the realities of life into beautiful verse, she is the poet to be watched in the coming time. Quite young, beautiful and praiseworthy, she cannot be called anything in particular – she is the wild; she is the freedom; she is the joy and the same time, she is the emotion and she is the coy.

Very passionate about the witty one-liners, she has her own style to describe herself.
“A curse turned into a bliss!” It might seem odd to a newbie but seems perfectly descriptive of her qualities to me. She is that pot of gold supposed to be at the end of a rainbow which we never find but keep craving for. The way she manages herself can contradict her strong emotions at times, but said that, she is the wild you know! Another line in her own words which tells her story in the best possible manner is that
“She can even tame your demons to love!”
And rightly so – a mesmerism, a metamorphosis (and all other synonyms of the first rank which you can think)… no more words!

Honestly, I did not expect the depth into almost everything which she displayed. She has the intellect to reason with a seasoned person who has studied the scriptures and tens of books on each of them.
“Why do we call Shiva a preserver when he could not even save his wife?”
My reason was only to save the embarrassment that I had been rendered speechless. Ego, nevertheless, always comes our way but I proudly accepted my defeat because losing was the best way I could experience that part, that quantum of my life! And believe me, that was a pure charm!

Having a penchant for keeping secrets, her cryptic and mystic talks will seem nothing less (at times) than the encrypted readings in the hex viewer mode for a JPEG image file – you know which photo’s hex view is this, but you cannot see the photo! I have heard the classic phrase, to kill two birds with a stone, but my writeress could kill a flock without even touching the stone! She has that control on the magical realms of some secret keeping world which we cannot fathom… and she has a unique phrase to defend her – a straightforward person with myriad mysteries!

About her, I can go on writing and never look left and right except focusing on my words… but what could do it better than my words, old enough and ripe enough but always in want of the subjects.

No words could spell my feelings
for you,
for you, who is
above the human
comprehension
which keeps busy in counting
walking and killing.

29th of August in the year 2017 will be marked bold on the conscious calendar that my mind keeps for every year. Yes, the fate does meet accidents – pleasant and at times, unpleasant. This time was the lucky one for me. Stars were aligned and shining (but hidden because of the Sun) and the moon was nowhere to be seen. And the conversation had different rise and falls… it kept on and went on and moved on… unwilling to end… nor did I will it to end. I did not have much luck in love and nor did I try after the fall, so, I don’t know how does the common men’s ‘date’ ends, but this was special as I name it a very special ‘literary date’. And as expected, it ended with a perfect poetic bonhomie!

“Only one thing I would like to do if the fate meets the accident again. I would like to look straight into your eyes and keep staring without the blink until I fathom all the secrets you hide in your beautiful eyes… those eyes are meant to be decorated with dreams, not secrets!”

And to sign it off, I will use her line once again. A line by the writeress which tells the best of the stories and sums up best of the poems in a single go…

“You are the chaos that I need to cure my mess!”

Is it time to read some devotional poems? Well, if you answer is yes…